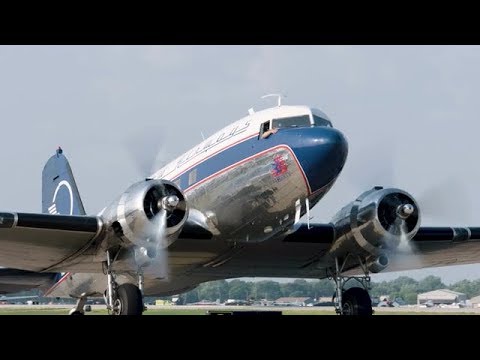 Each summer, hundreds of thousands of aviators and airplane enthusiasts meet in Oshkosh, Wisconsin to celebrate their love of flying. The weeklong event entertains big crowds with anything that flies – from small aircraft and classic warbirds to today’s ultra-sophisticated jets.

Capturing all that activity is a large undertaking, one that Tri-Marq Communications tackles every year. Tri-Marq is a media and event production company based in Milwaukee. Tri-Marq was tasked with capturing footage for live streaming, recording, and for viewing airshow events on the two jumbotron video displays for the airfield audiences.

Tri-Marq noticed they were having a tough time capturing everything they wanted to, usually due to not having enough qualified camera operators available.

Enter the RoboSHOT® PTZ robotic camera. By adding four RoboSHOT remote cameras to their team of traditional camera operators, they could cover more ground with fewer operators and get much more footage.

Two of the RoboSHOT ultra high-definition cameras were used in the announcer stand to capture interviews with aviation stars. The other two RoboSHOT cameras were placed near the audience to capture crowd reaction shots.

One of the RoboSHOT 40 UHD cameras was set up a distance away from the announcer booth. Previously, if there was just one person standing up there, the camera wasn’t able to get in tight enough.

“With the RoboSHOT 40, now we can get that nice close-up from 150 feet away. It looks great, and it actually engages the guests quite a bit more when they see themselves talking on the boards,” said Keith Rocheck, technical director at Tri-Marq.

In the control room, Tri-Marq uses two Premier PCC camera controllers to access all the cameras remotely so they can have two operators covering the show at the same time to catch unplanned events in real time. Realtime, adjustable speed settings between camera presets on the controller allow the operators to move from slow, controlled pans of a subject, then speed up to get to the next shot quickly. Video is shared live to large LED boards, displays around the show, and streamed to the local network on the grounds.

The compact size and light weight of the cameras is also a benefit – making them a perfect fit for any rental and staging application, said Glenn Polfuss of Tri-Marq. Since they are moving the cameras throughout the day, the staff appreciates not having to lug heavy equipment around. They also are able to fit the cameras into tight quarters, Polfuss explained.

Setup for the show is also easy, says Rocheck. The RoboSHOT cameras have built-in extension up to 328 feet with a OneLINKTM port enabling power, video and control over a single category cable. The SDI output from the cameras is fed into the main AV system for distribution and capture.

“It’s nice to have PoE cameras because we don’t have to worry about power supplies out in the field, getting an outlet on the wall 200 feet away,” Rocheck said. “We can take two lines out to the camera because we’re running all SDIs, so we run an SDI cable plus a Cat-5 cable for control, and it works really great. It actually saves us with setup quite a bit.”

Over the six years that Tri-Marq has been helping produce content at the show, EAA has kept asking for more options on coverage.

“It’s nice to be able to say yes,” said Chris Johnson, a managing partner at Tri-Marq. “And having the Vaddio cameras involved has helped us say yes more often, which is important to me. It's been really nice to be able to keep improving the show, and Vaddio's been a great partner in helping us do that.”